Here’s an old nude photo of Mie Hama from Playboy June 1967 Issue. Mie Hama is a Japanese actress who became popular mainly thanks for her role as Kissy Suzuki in the film about James Bond, “You Only Live Twice.” Born: 20 November 1943.

The film gave her enormous fame. At that time, a limited edition of Mie-Hama Dolls was launched on the market. In the June 1967 issue of Playboy, she appeared naked together with Akiko Wakabayashi and other actresses from “You Only Live Twice.” 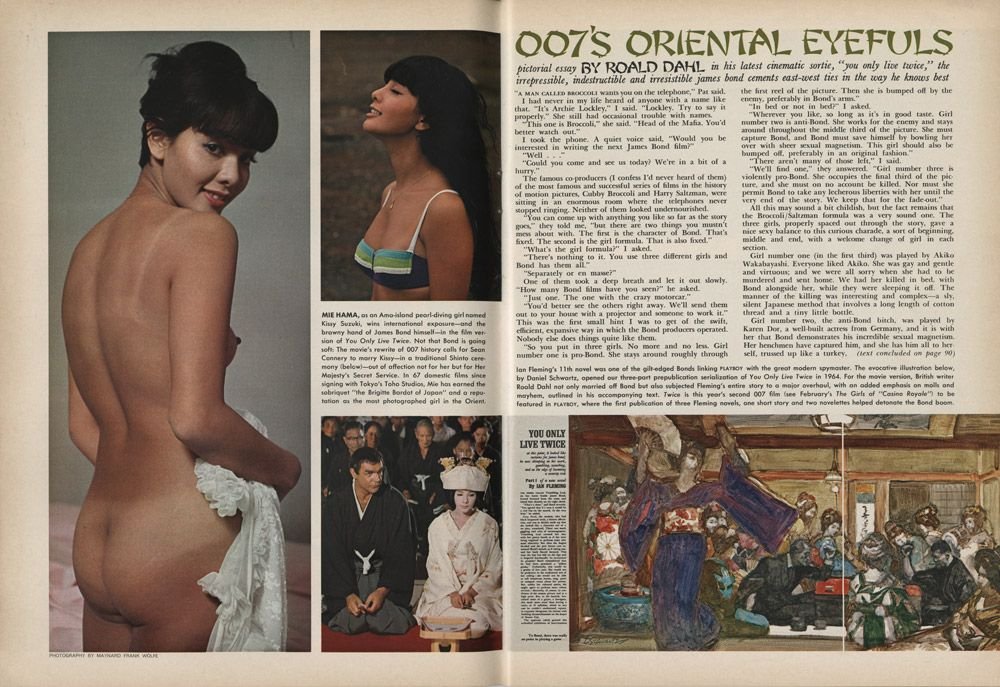